Catching up with the sawtooth stars, although the alternating blocks are still to be tackled! 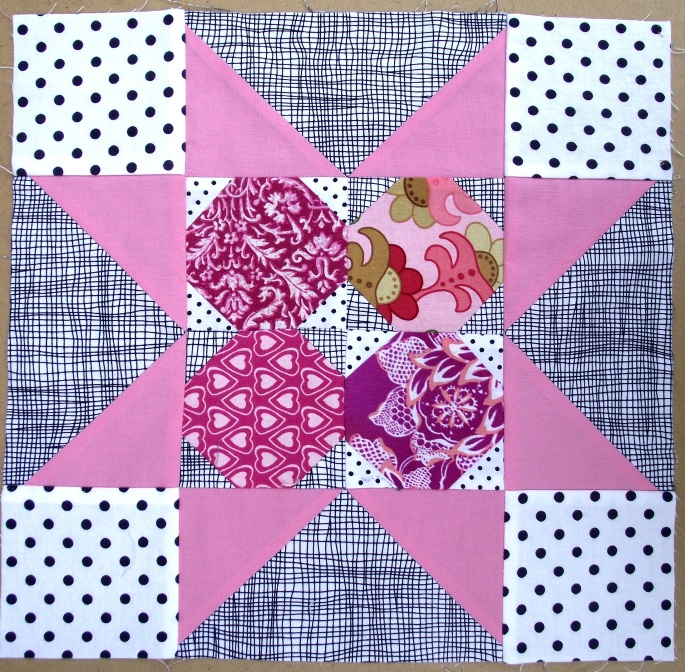 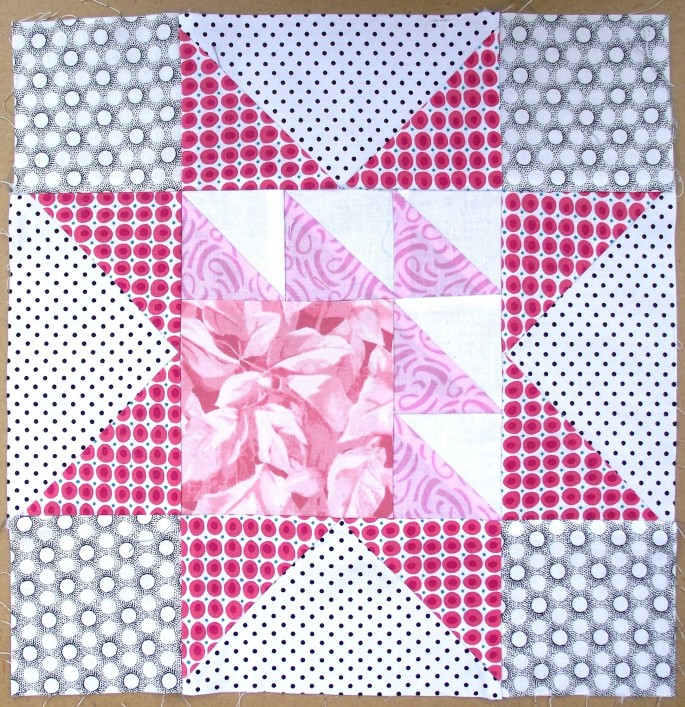 We associate pink with girls ( in the West) but it was not always so as this article by Polly Curtis writing for the Guardian, points out;

“Interestingly Goldacre quotes in the same piece newspaper articles from the earlier part of the 20th century in which mothers were encouraged to dress their boys in pink and girls in blue, proof he says that clothing tastes change over time. He writes:

Back in the days when ladies had a home journal (in 1918) the Ladies’ Home Journal wrote: “There has been a great diversity of opinion on the subject, but the generally accepted rule is pink for the boy and blue for the girl. The reason is that pink being a more decided and stronger colour is more suitable for the boy, while blue, which is more delicate and dainty, is prettier for the girl.”

The Sunday Sentinel in 1914 told American mothers: “If you like the colour note on the little one’s garments, use pink for the boy and blue for the girl, if you are a follower of convention.”

You can find the full article HERE and there are some other interesting points about stereotyping for toy preference.

My mother wasn’t one for sticking to the stereotypes; I almost exclusively wore blue, one of my sisters had a train set and none of us were particularly interested in dolls. My main interest was making them clothes rather than ‘make-believe’ that they were alive.

I think things are actually worse today – Lego is a prime example – once advertised in the 70 and 80s as a toy for children, now it is segregated into ‘boy’ and ‘girl’ sets.

5 thoughts on “Pink To Make The Boys Wink!”