Four more blocks completed and on the line – not far behind the rest of the group considering I started in August and not January. It was quite breezy but I managed to get a few shots in between gusts

I returned to the Whirling Geese block and used darker blues, as my mid-blue version was a bit too light. I used the inner block from the orange month to do a second mid-blue block too which is a Twirling Four Patch.  It’s more like a pinwheel than the block that is called a pinwheel! 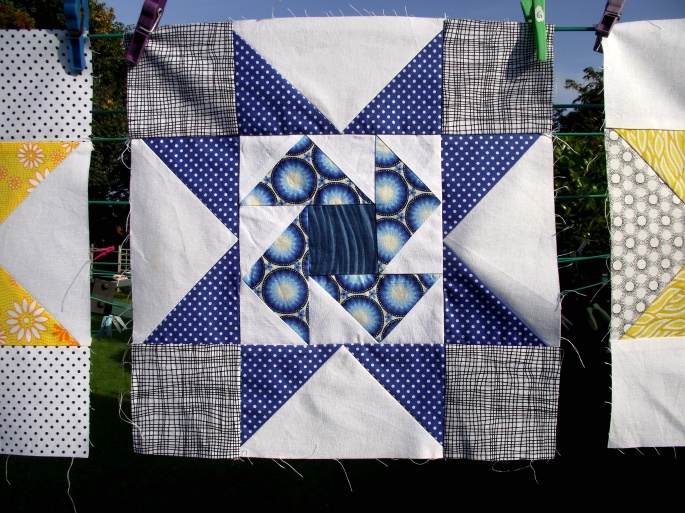 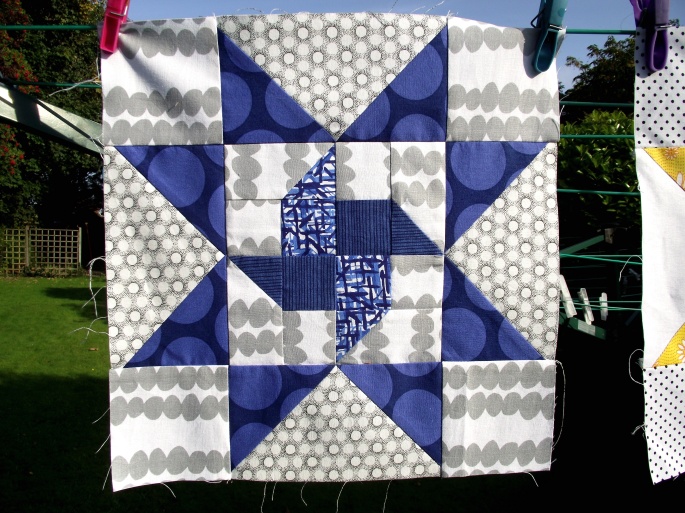 I finished the yellows too. Monkey Wrench is in the original list, however, the second paler block should have been Air Castle but I substituted this block whose name escapes me. 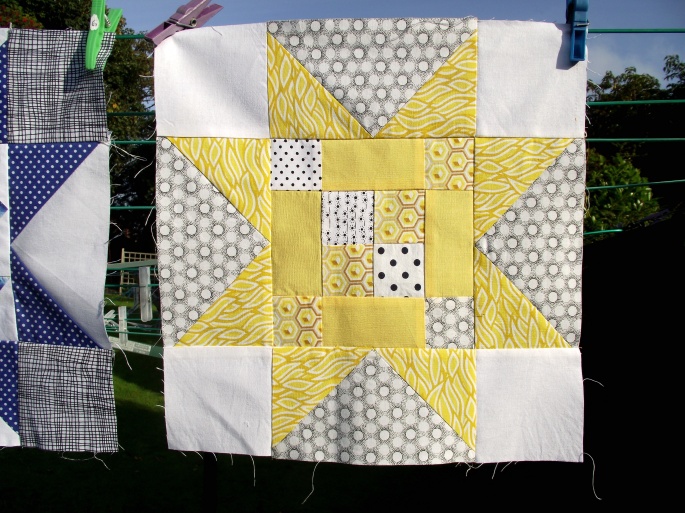 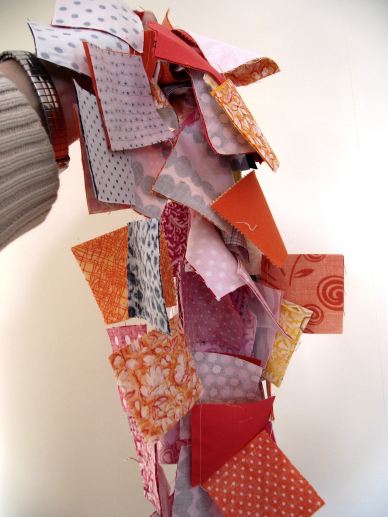 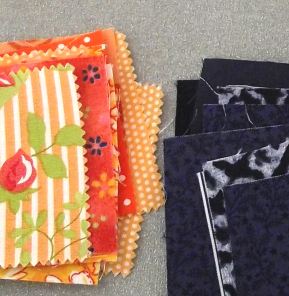 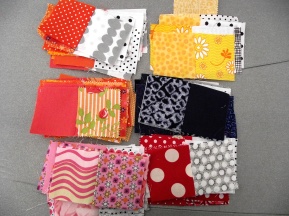 All the indigo, pink, red, yellow and orange are now in little four or two patches. The good thing about all this piecing is the amount of tumblers that were sewn together too.  All are at the very least paired up and about half of those are now in fours. It’s surprising how quickly this Leaders and Enders project is going. It may even be finished at the same time as the Rainbow Scrap Challenge! Now all I need to do is keep up with the Quilting From Little Things and they will all be wrapped up by the end of the year – nearly forgot the Global Quilting Project! Just waiting for one more block and then assembly can begin. Perhaps I will have three full-sized quilts for New Year

14 thoughts on “Redo on the Blue, plus a couple of Yellows”