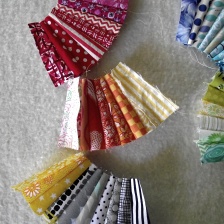 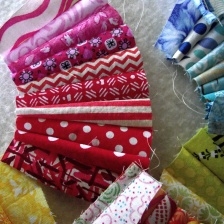 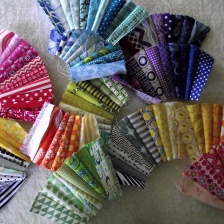 I love these little fans, I almost feel like leaving them as they are but they are for the next challenge from Sarah Fielke’s book ‘Quilting from Little Things’; the dolly quilt called ‘Fanfare’. It is rated three stars and so far it has not been too difficult, I think that will come in the next few stages; applique and piecing the little blocks.

I had fun scribbling alternative layouts before I had made all the fans and then more fun as I played around with the placement using actual fans. The template is very small so I was able to get most pieces from my tiny scrap bag (the scraps are tiny not the bag…) which I keep mostly for applique. As I rummaged through the scraps, all the colours turning over and jostling for attention I decided to use all of the colours and have a different fabric for each fan blade

Piecing doesn’t take long and it was easy to draw on the seam allowance as a cereal bowl happened to have the exact curvature I needed to draw it. The squares for the background are cut waiting for their fans now all I need to do is attach them 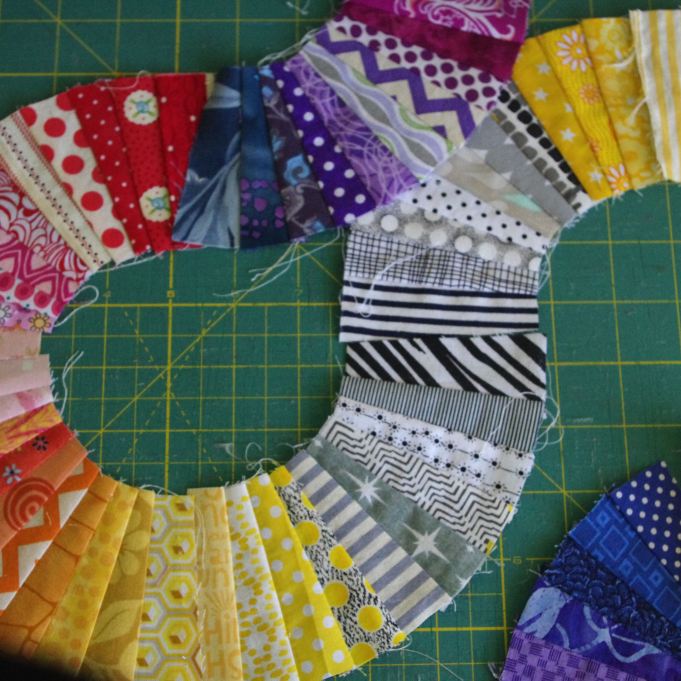 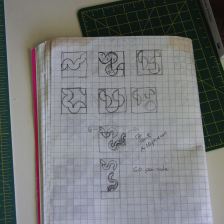 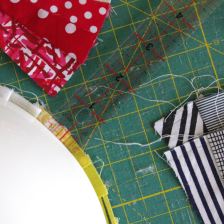 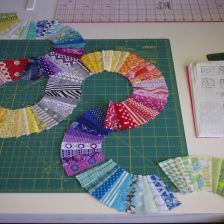 I will have to put them on hold for a short time though as I am taking part in The Global Quilting Project. I am more than half way through completing the blocks ready to post to the other members of my group – The Balkan Puzzle – but more on that later!

Quilting, Reading and the Movies